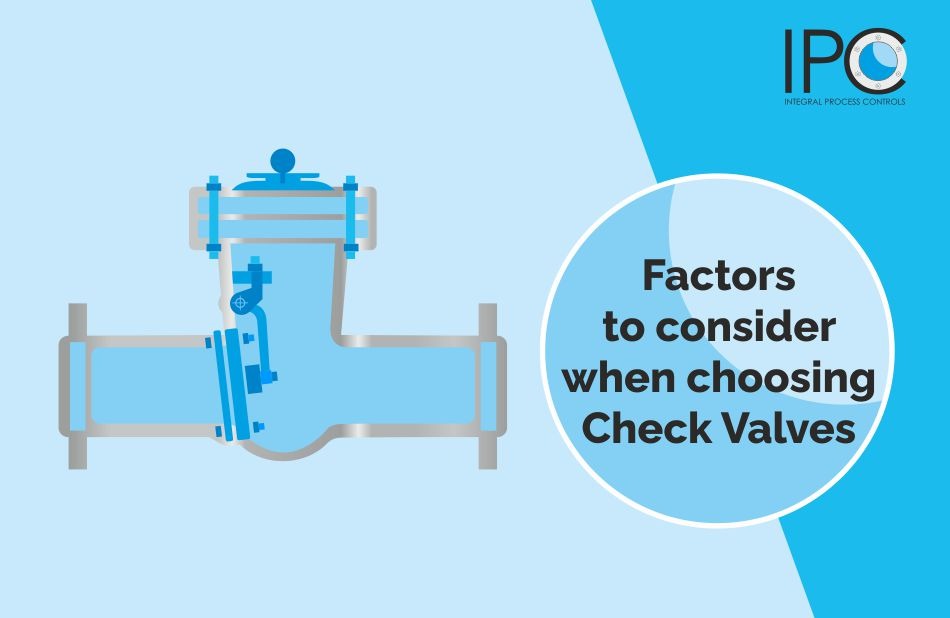 Will a team win the match if there’s a traitor within its ranks?

Imagine a football team playing a critical championship final. The team has a terrible flaw: its players pass the ball to the opponent instead of their own teammates, and push the ball into their own goals instead of that of the opposing team. This would be a disaster. To avoid it from happening, the players must be carefully evaluated and chosen.

Check valves are deployed in fields such as chemical processing and water pumping where reverse flow of the media can cause serious damage to piping and other equipment. They should pass the media in only the right direction, and withstand attacks by opposition elements such as operating temperature, vibrations, media, and other factors. Considering the sensitive job at hand, selection of check valves should also be done with great care.

This is the most basic of factors. You don’t want to play a football match with players who are good at basketball! Most check valves are built to handle water. However, processing sewage water or some other abrasive fluids will need valves of a specific material composition and design. Consider how the nature of fluid, and the presence of solids in the fluid will affect your valve.

The speed and skill of the football players to pass the ball on the field is critical to winning the game. Similarly, headloss is concerned with the velocity of the fluid within the valve and the pipeline. The internal surface, closure design, and geometry of the valve impacts the headloss. Total headloss is a combination of static headloss caused by the height of the fluid column, and friction headloss determined by the internal parts of the valve and piping system. Headloss is generally calculated using flow coefficient of water passing through the valve at a specific pressure at a certain point in time. In another method, the resistance coefficient Kv is also considered.

The flow characteristic is how flow coefficient and valve stroke work in tandem with each other. A specific amount of media is allowed to flow through the valve at a certain percentage of stroke as the valve begins opening. Checking flow characteristics of a valve is like checking the stamina of your players.

A football team involves considerable spending. You must buy good players at auction. Over time, you spend on their training, coaching, and fitness. This is the total cost of ownership. Your check valves too involve a good buying decision and  spending on maintenance over time. While buying a valve, TCO must be considered instead of just considering the buying price of the valve. Typically, valves with a simpler design demand less maintenance. To learn more about total cost of ownership, explore our blog on tips to reduce total cost of valve ownership.

Some check valves are specifically designed to slam tightly shut in case of events such as reverse fluid flow. However, this sudden slamming gives rise to a pressure wave within the system. This wave can reduce system efficiency and damage valves or other equipment. Slamming of the valves is thus an important consideration for choosing good check valves. Non-slam check valves can be used if need be.

Check valves are deployed in critical circumstances where failure could be quite costly. IPC works to help you efficiently address every aspect of check valve procurement and maintenance, and avoid downtime arising from check valve failure. IPC valves feature a robust design with flanges confirming to BS, AWWA, EN, DIN and other relevant standards. The core focus of IPC is to provide businesses with quality standardized valves within short lead time to meet their most urgent needs.

For a quick solution to valve repair and replacement issues, write to us at evalve@ipcvalves.com

Explore the story of Valve. vamtam-theme-circle-post
 Category Blog
Colonial Pipeline, one of USA’s biggest oil pipeline firms had to shut down its operations due to...
Read More

How to stop ageing valves from leakingAre you aware of the 3 ‘A’ s of valve maintenance?
Loading Comments...