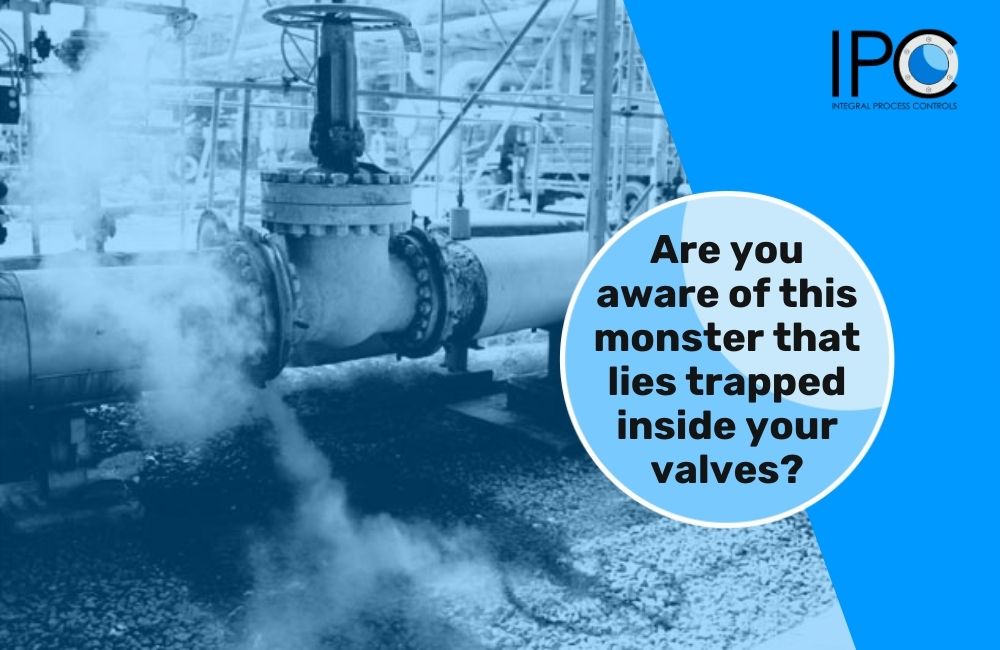 Your pressurized valves imprison a monster and we need to ensure it stays contained.

This monster was let out once, and its impact can be felt till today.

It happened around 72 years ago in a town named Donora in Pennsylvania, USA. A strange smog composed of chemical and metal dust settled on the town for days. Half the town fell sick, and many people died. It is remembered as the worst environmental pollution incident in the US, and it was the result of unintended emissions from the town’s zinc plant.

Fugitive emissions is a monster that mostly seeks an escape through valves.

Fugitive emissions emanate prominently from valves which are most vital components in a pipeline network and number in thousands. Out of these, around 80% emissions come from the valve stem, while 20% from other components of the valve.

Valves deployed in critical applications need to pass stringent fugitive emission testing norms and standards. Key standards in this regard include API 622, API 624, API 641, and the ISO 15848 standards. This article takes a look at why these standards matter, and how they can be effectively used for better prevention of fugitive emissions.

API 622 is related to valve packing. It examines the composition and density of the packing material, covers corrosion tests and fixture tests for 5 thermal cycles and 1510 mechanical cycles with acceptance criteria on 100 ppmv It was originally written in 2006. 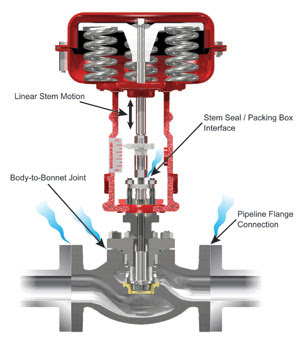 API 624 standard governs emission testing for gate, globe and rising stem ball valves. It prescribes testing the valve for 3 thermal cycles and 310 mechanical cycles with acceptance criteria of 100 ppmv. The standard was first written in 2014.

First published in 2016, the API 641 governs emission testing for butterfly, ball, and plug type valves. It prescribes testing for 610 mechanical cycles and 3 thermal cycles, including both dynamic as well as static measurements. The standard also considers factors such as valve temperature, ambient temperature, and maximum test temperature to divide valves into testing groups. Additionally, it covers leakage from body bonnet joints, and sets maximum testing temperature at 260oC with acceptance criteria of 100 ppmv.

The API standards for fugitive emissions are an effort to comply with the Clean Air Act which was formed following the Dorona disaster of 1948.

The standards discussed above govern different aspects of valves and lay down different criteria. Hence it becomes important for the end-user to decide which standard to apply to the valves. The ISO 15848 standards divide valves into different performance classes, and the manufacturer might test the valves on a specific performance class, tightness class, and temperature. Here, the end user must decide which of the ISO 15848 performance classifications should be applied to the valves. This decision must take into consideration the valve type, design and features, application type and other factors such as shutoff, endurance, and temperature. Thus, the deployment of reliable valves requires transparency in manufacturing and testing processes.

A transparent process means better traceability and certification of valves. IPC uses advanced digital solutions to keep the user abreast of manufacturing and testing process, and ensures total traceability at every stem while delivering reliable and certified valves in shortest possible lead time.

To learn more about our transparent manufacturing and testing, Get in touch with us