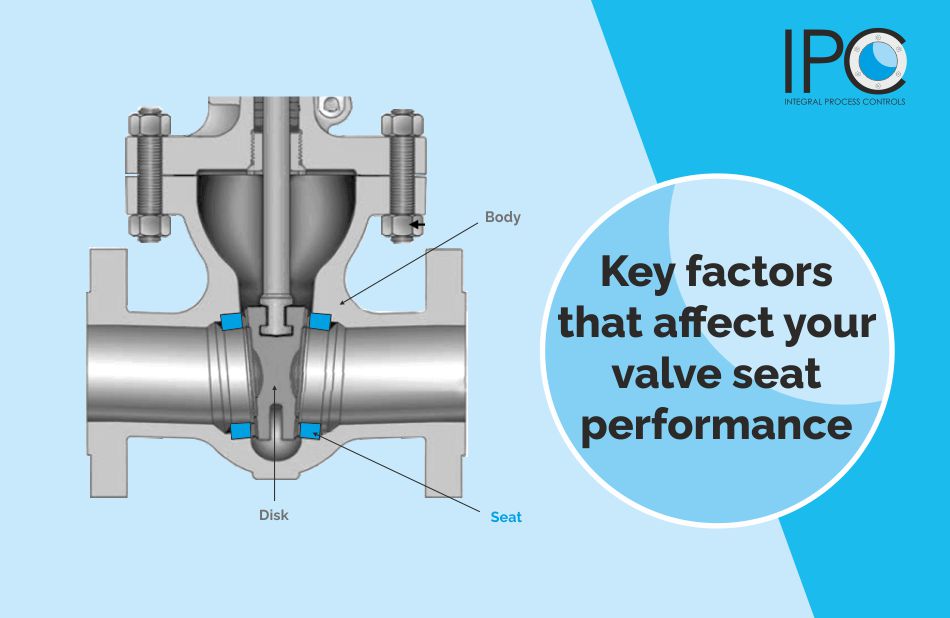 Can you imagine a safe with a door that does not fit with its door frame?

A frame is a small component with the critical role in sealing the same. If the frame is flawed, the entire safe is vulnerable.

The seat plays a similar role in the valve.

The disc of the valve rests on the seat to form a perfect seal to prevent the media from flowing through. If the seat fails, the very purpose of the valve in operation is negated. If the valve seating fails, its consequences can be anywhere between minor leakage slowly increasing your costs, to a serious life-threatening disaster.

Given its critical role in the valve, it is vital to understand the key factors that impact the performance and lifespan of the valve seat.

Consider these key factors that affect your valve seat performance.

Would a metal safe with a wooden door frame be an ideal storage for your valuables? Certainly not! Type of application and operating conditions like pressure and temperature influence the choice of material for the valve seat. Learn more about picking the right material for valve seats in our blog here.

For building a strong safe, it is important to first know what is the maximum amount of damage it can withstand. This goes for both the door, and the frame that helps seal the safe. Similarly, it is vital to understand the points of initial and permanent deformation of valve seat materials.

When soft-seated valves are deployed for high-pressure applications, the valve building process tests its deformation point. This test involves repeatedly actuating the valve so as to cause permeant deformation expected to occur in the seat over the course of the valve’s operation. After understanding this point, the valve is then rebuilt and adjusted to specifications required for field operations. Failure to identify the permanent deformation point of valves during testing often leads the valve seats to fail during operation.

If a safe has a round door frame for a square door, it leaves a gap from which the safe can be broken. Many valves have their valve seat insert moulded or pressed into an outer metallic seat carrier. If this sort of design fails, it could lead to failure of the valve.

Despite its good temperature tolerance and sealing properties, PTFE, one of the widely used materials for valve seats can succumb to cold flow. Cold flow of the seat material can slowly lead to decline in the valve’s performance over time. It is akin to the frame of your safe being slowly worn out from frequent use. Both seat design and correct selection of cold-flow resistant PTFE material can help tackle this issue.

In case of ball valves, the torque of the valve is directly impacted by friction between the seat and the ball. A ball valve requires only a specific amount of force for effective sealing. However, if extra force is applied, it can speed up the wearing out of the valve and increase the required torque. With rising temperature, the pressure between the ball and the seat also rises, causing even more friction. In more serious cases, increase in torque in response to the friction can lead the seat to break up inside the valve.

Properties of the flowing media is a major factor impacting the selection as well as performance of valve seats. soft-seated valves are suited for low-pressure applications. However, high pressure and temperature of flowing media can damage soft seats and result in leakage.

Soft seats as well as metal seats in valves are designed for diverse applications. Factors such as the nature of media, service conditions and thorough testing determine the performance of valve seats. While soft-seated valves cost less and offer better sealing performance, metal seated valves are better suited for more demanding applications. Application requirements should both therefore be the prime consideration when choosing a valve seat. Get in touch with us at evalve@ipcvalves.com. vamtam-theme-circle-post
 Category Blog
Colonial Pipeline, one of USA’s biggest oil pipeline firms had to shut down its operations due to...
Read More

Are you aware of the 3 ‘A’ s of valve maintenance?Why key factors of your butterfly valves need to be absolutely right
Loading Comments...